We have been planning our bicycle trip on the Baja divide mountain bike route for the past year and are now only weeks away from departure. Meal planning has been our biggest worry because we don’t want to compromise our values during the 2 month ride. Our first plan was to ship boxes of food to various points along the route but we abandoned this idea because of reported unreliable mail service and the remoteness of the route with few post offices along the way. Our solution has been to cram as much food as we can to start (roughly 10 days worth) and rely on whatever delicious foods we can find along the route that don’t cause harm to others. I am optimistic and think there will be plenty of great food, if not we will be extra hungry when we arrive at the end, in Cabo San Lucas, where 3 vegan restaurants await us. 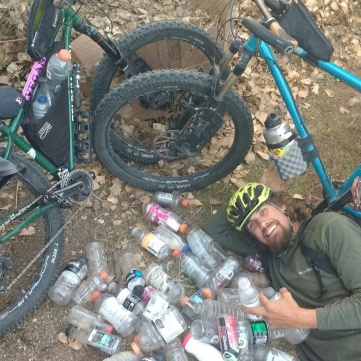 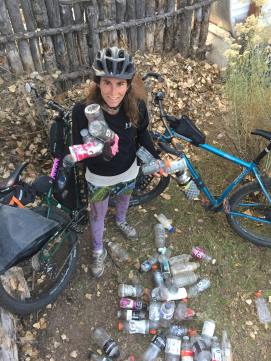 Carrie and I will both be bringing an Eco brick    on our already loaded bikes as to not leave any waste behind and create building materials as we pedal, this may be a challenge with all the packaged food we may need to consume. The idea of carrying it with us for the entire 2000 miles should help us create less trash. We are starting to build quite the stock pile of eco bricks and will use them for a build project once we have enough of them. 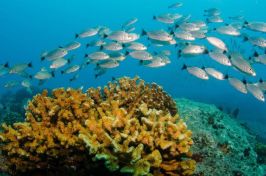 Something I am most excited about will be swimming in the Pacific Ocean and the Sea of Cortez. The Ocean is so vast and mysterious to me and I look forward to seeing some of the remaining marine life that haven’t been wiped out by commercial fishing and other human interests. After watching the film Blackfish on Netflix it is mind boggling to see the lengths people will go for money and to be entertained . Capturing an orca and forcing it to live in a concrete swimming pool and do tricks could be a fate worse than death to these compassionate and social beings. Much of the ocean is being devastated by this type of human greed and ignorance but we will have the opportunity to visit a place that is the polar opposite, where locals came together and created the Cabo Pulmo National Marine Park described by some as one of the world’s most successful conservation efforts. This area was once critically threatened and on the brink of environmental ruin. Now designated as a “no-take zone” it has been allowed to restore itself and begin to flourish with life again! What a treat it will be to swim in these waters and experience what the ocean can and should look like if us humans can get our shit together and change our ways.

As I write this I am staying in the Grand canyon international hostel in Flagstaff, AZ in route to sit my first 10 day silent mediation vipasana course, then our bike adventure starts!

3 thoughts on “Biking the Baja Peninsula!”

We made some homemade vegan energy balls and crunchy chickpeas for an overnight bikepack to check out a farm in Santa Cruz where @farminzak is doing some really cool things with winter production and notill techniques. Thanks for the knowledge and inspiration Zak, and the introduction to saag!! #healthysoil #biketofarmtotable
We got to play in the snow this weekend! You know you haven't grown up yet when piling and digging snow is still how we choose to spend our time. So much fun!
Day 7 of the #wimhofmethod Some deep breathing and cold water have got us feeling good!
Equal rights 4 all life! I thought a sloppy handstand would add some value to this picture. Mission accomplished. #bikepacking #vegan #equalrights #publiclands #gratitude #cajadelrio #caminoreal #
"til the morning comes" The sun rose and burned away the cold dark night. What a trip to ride through the night and watch the sky slowly get light again. Im not sure where this desire to see what the body is capable of started but it sure is fun to explore and I don't think I've come close to answering yet. #vegan #chamacharmer #bikepacknewmexico #pushinglimits #centuryride
Sometimes you just gotta get out and explore. @veganshire doing it solo tonight. So much love for this badass! I'm heading out solo on the #chamacharmer tomorrow. There is something special about solo journeys! #bikepacknewmexico #gratitude #organicfarming
%d bloggers like this: